Almost 90% of scoliosis patients who develop a major neurological deficit after corrective surgery either partially or completely recover within two years, a recent single-centre analysis suggests.

The findings, published by Jue Li (Nanjing Drum Tower Hospital, Nanjing, China) et al in The Bone and Joint Journal, show that, in patients with misplaced implants and haematoma formation, the prognosis is satisfactory when there is appropriate early intervention. Meanwhile, patients with a preoperative neurological deficit are at a significant risk of having a permanent deficit.

The study aimed to assess the prognosis and recovery of major neurological deficits in scoliosis patients, and to determine the risk factors for non-recovery, at a minimum follow-up of two years.

A major neurological deficit was identified in 65 (23 male, 42 female) of 8,870 patients who underwent corrective surgery for scoliosis, including eight with complete paraplegia and 57 with incomplete paraplegia.

The mean age of the patients was 25 years (standard deviation [SD] 16.3). The aetiology of the scoliosis was idiopathic (n=6), congenital (n=23), neuromuscular (n=11), neurofibromatosis type 1 (n=6), and other (n=9). Neurological function was determined by the American Spinal Injury Association (ASIA) impairment scale at a mean follow-up of 45.4 months (SD 17.2). Patients were divided into those with recovery and those with no recovery according to the ASIA scale.

The cause of injury was mechanical in 39 of the patients and ischaemic in five. For 11 patients with misplaced implants and haematoma formation, nine had complete recovery.

There was also a significant difference in the aetiology of the scoliosis (p=0.007) and preoperative deficit (p=0.016) between the recovery and non-recovery groups. A preoperative deficit was found to be significantly associated with non-recovery (odds ratio 8.5 [95% confidence interval 1.676 to 43.109]; p=0.010) in a multivariate regression model.

According to the research, for patients with scoliosis who develop a major neurological deficit after corrective surgery, recovery, either complete or incomplete, can be expected in 87.7% of cases. 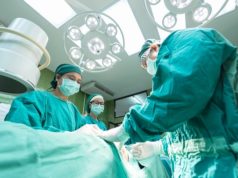 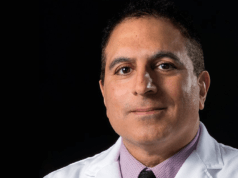