The results of a prospective study, which was presented by Umesh Kanade (Apollo Hospitals, Chennai, India), at the British Association of Spine Surgeons (BASS) 2022 meeting (23–25 March 2022; Belfast, UK), showed that double sided NFASC provided 67% correction for the main thoracic (MT) curve (54° to 17.4°) and 68% correction for the thoracolumbar/lumbar (TL/L) curve (53.5° to 17.4°) at two-year follow-up with no major complications.

“Long-term outcomes of large series documenting the ideal candidate for surgery, ideal curve characteristics, ideal timing of surgery, and magnitude of intraoperative curve correction will be critical for this novel technique to reduce the reoperation rate or convert into fusion surgery,” say the researchers.

Main lead behind the research, and someone who Akbari notes was “a pioneer in introducing this technique to southeast Asia”, is Sajan Hegde (Chennai, India). Speaking to Spinal News International, Hegde said: “Thirty years ago, when I was starting my career in spine surgery, I was fortunate to work with legends Daniel Chopin (Lille, France) and Jürgen Harms (Saarbrücken, Germany). Cotrel-Dubousset instrumentation was then taking the spine world by storm in the early 90s. Today, I see  the same excitement with the revolutionary new concept of non-fusion anterior scoliosis correction (NFASC).

“To date, we have used this new technique on 76 patients. Fortunately, we have not faced any short-term or long-term complications, including tether breakage, except in one patient who had pneumothorax post-surgery immediately addressed with intercostal drainage.

“I strongly believe NFASC will change the way we treat Lenke 5 (thoracolumbar/lumbar) curves as well as Lenke 3 and Lenke 6 (double curves).” 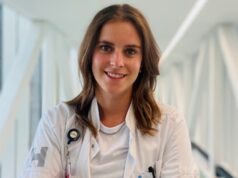 BASS 2022: Vertebral augmentation can significantly shorten length of hospital stay for those with vertebral fragility fractures