Dedicated surgical teams have been found to reduce surgical times and room times in patients with adolescent idiopathic scoliosis (AIS). Surgical times decreased by 13%, and room times by 11%, in 590 cases of AIS between 2006 and 2015. John Smith (University of Utah, Salt Lake City, USA) and colleagues announced this result in a presentation at the 53rd annual meeting of the Scoliosis Research Society (SRS; 11-13 October, Bologna, Italy).

Since the implementation of surgical teams at Intermountain Primary Children’s Hospital, Salt Lake City, USA, AIS surgery has become faster, safer, and more cost effective, the study investigators report. Room times decreased by 11%, surgical times decreased by 13% and the average cost per encounter decreased by 22%, which was mostly related to a 13% decrease in implant costs. Overall costs remained flat. They reported 23 neuromonitoring alerts, but zero neurological injuries. In 2013 checklists and best practice guidelines were introduced to prevent infection. Since then, the infection rate in AIS surgery has been reduced to zero.

The combination of a dedicated surgical team, neuromonitoring, standard anaesthetic protocol, checklists, and splitting into procedural processes (“chunks”) have proven to make AIS surgery more efficient and less costly. There have been improvements in operative time, surgical room times, average length of stay, and a reduced overall cost per encounter.

In 2005, Intermountain Primary Children’s Hospital experienced an increase in infections following AIS surgery. This increase was attributed to various factors, including a flawed process, the presence of inexperienced personnel in the operating room, a lack of engagement by staff, excessive room traffic, and different Staph typing.

Throughout industry, Smith and colleagues remarked how teamwork and checklists are critical elements of achieving efficiency and safety. Their hypothesis was that a combination of dedicated spine surgery teams, operative checklists, and following best practice guidelines would result in quality improvement, cost efficiency, and fewer complications for AIS surgery.

In 2006, dedicated teams for AIS surgery were introduced, including surgical technicians, nurses and neuro-monitoring experts, alongside procedural roadmaps including checklists. AIS procedure was divided into “chunks”, checklists were implemented, and room traffic was limited. In 2012, best practice guidelines were introduced for the prevention of surgical site infection. The purpose was to determine the outcome of process on quality, safety and value in AIS surgery.

To assess the results, they used a retrospective review of AIS surgical cases using the Electronic Data Warehouse (2006—2015) to measure improvement of care and value when utilising best practice guidelines. Smith and colleagues reviewed quality assurance data for 590 consecutive cases of AIS surgery between 2006 and 2015. Eighty-three per cent of the patients were female, with an average age of 14.5 years. Demographics, outcomes, and complications were recorded. They also used the Intermountain enterprise database to study cost trends over the period. 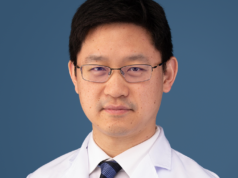